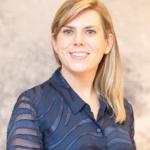 Periods. Hot flushes. Mood swings… these affect almost half of our workforce but are we brave enough to talk about it?

Despite its huge impact on business and productivity, female health is still one of the biggest taboos and a poorly understood area, especially in the workplace.

This could be due to the fact that in the boardroom, mental health and musculoskeletal are still very much the priority or simply because people don’t feel comfortable talking about it. In an age where we’re being increasingly more open about other areas, like mental health, it’s unacceptable that female health is being left behind.

I recently spoke at two events; the Lockton Global Benefit Conference, and the Reward and Employee Benefit Association (REBA) Employee Wellbeing Congress. At both I discussed the power of gender diversity in relation to business performance and how women’s health plays into this.

I used my sessions to highlight that, whilst businesses are beginning to engage in discussions around female health in the workplace, all too often it’s dismissed as ‘just a woman’s issue’. This couldn’t be further from the truth; female health is a business issue and a global one at that.

Simply put, it pays to encourage and support a mixed gender workforce. Research by Deloitte found that businesses with an inclusive culture are three times more likely to be high performing and twice as likely to meet or exceed financial targets. Meanwhile, a McKinsey study showed that the most gender diverse businesses were 20% more likely to have above average financial performance than their less diverse counterparts.

What really struck me was the levels of engagement at both events. A range of different businesses, industries and roles were represented, highlighting the interest and demand for a solution. However, while I was impressed by the number of men who attended my talks, not enough businesses are taking action and investing in women’s health.

Since then, I’ve enjoyed some great conversation and debate with a wide range of professionals, which has furthered my thinking on this matter. I’ve concluded that: if the issues facing women in the workplace were gender-neutral – they’d already be addressed.

Provocative? Really? Consider the evidence across two areas in female health that impact performance in the workplace.

Bupa Health Clinics recently conducted a study which showed that almost a quarter (23%) of women have taken time off in the last six months due to painful periods. Many women experience aches and pains, headaches, tiredness and mood swings around the time of their period, similar to symptoms of the flu.

If a quarter of the workforce had to take time off every six months because of the flu – we wouldn’t stand for it and would find a solution to tackle the issue. There would be think tanks, research groups and committees formed to address the problem and provide support. So, why are we allowing menstruation to go unaddressed?

In the UK.14% couples have difficulty conceiving (BITC). The stress of infertility can unsurprisingly lead to mental health conditions, with one study finding that 90% of infertile women regularly experience feelings of depression which can affect their performance at work.

Again, imagine if 14% of your business were experiencing mental health problems as a result of losing a family member. Targeted support and a new policy would be introduced to address this issue quickly. Why should this be any different for women with fertility problems?

Given the clear link between infertility and mental health, along with the well-reported evidence, I’m amazed more workplaces don’t provide fertility support as part of their mental health reform – something many have taken very seriously. Is it because infertility is still seen as a female issue? Female health shouldn’t be such a taboo?

Gender inclusion is in a similar place to where mental health was a decade ago. Due to amazing campaigns such as ‘This is Me’ and ‘Get the Inside Out’, the conversation around mental health in the workplace has normalised. With over 75% of the population in employment, businesses set precedents for the rest of society.  This was shown when we started opening up about our mental health, after businesses took action, so did the government and communities.

If gender diversity is normalised in the way that mental health is, then businesses will reap the benefits of being at the front-end of recruiting and retaining female talent.

Women don’t need special treatment, but we do need businesses to act in a way that levels the playing field, changes perspectives and create cultures where everybody can thrive.