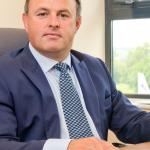 Would flexible working solve ‘Presenteeism’ problems in the workplace?

A new report, ‘Presenteeism[i]’ from the Institute for Employment Studies (IES) suggests that being at work while you are ill may not be such a bad thing after all.

The report, looks at research from across the world on the causes and impact of ‘Presenteeism,’ and challenges the idea that workers have to be 100 per cent fit before going back to work. It argues that the workplace can have a beneficial effect on rehabilitation and recovery, even for workers with serious health conditions.

While the report acknowledges that Presenteeism can be a negative phenomenon (risking cross-infection and increasing the chances of making some health conditions worse) it also suggests that employers should look at the positive benefits of some Presenteeism at work.

IES Principal Associate, Dr Valerie Garrow, who led the research said, “Of course we don’t want people to endanger their health further by coming to work unnecessarily, however, our report shows very clearly that if people with ill-health are on the journey back to work after an illness or injury, having access to a phased or graduated return to work where they perform reduced duties or work fewer hours can benefit both them and their employer.”

The report highlights that people with some forms of mental illness, those who have financial worries, and those fearful of losing their jobs are among the workers most likely to go to work when they are ill.

However, it also acknowledges that, in many cases, Presenteeism can be damaging to health and also represents a hidden cause of reduced productivity – becoming an even bigger burden than sickness absence from work in some sectors.

We welcome the findings of this report and believe it is critical that employers send the right message to staff around sickness absence and presenteeism – with clear guidelines and systems in place for line managers from HR and Occupational Health.

Presenteeism is a growing cause of sickness absence in Britain. 31% of British workers currently admit to going to work with an infectious illness but whilst they might be feeling well enough to work, they are essentially putting their colleagues and their entire department at risk.

We also support an early, phased return to work approach for non-infectious staff and especially those on long term sick with stress and depression, where it can be extremely useful.

However, if employees are infectious, isn’t encouraging flexible working a much better solution?

We always allow our staff to work from home if they are unwell but feel they can work. It’s a win-win; the employee is still able to work but doesn’t spread germs around the office. We also have good systems in place that keep workers in touch with their teams, so that it doesn’t impact workloads.

The last thing you want is a committed ‘hero’ struggling into work only to spread germs and inadvertently creating a real staffing challenge a week later!