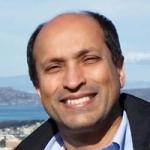 “I can’t breathe.” It’s hard not to find George Floyd’s last words emotive as you see him slowly suffocate on a Minneapolis roadside. His death has prompted understandable outrage across the world and reignited wider debate surrounding racial inequality and discrimination not just in the United States, but here in Britain too.

Thankfully, if we look at modern Britain, we see a culturally rich and vibrant society where, by and large, people who work hard can succeed, irrespective of their age, ethnicity, gender, or sexual orientation. But challenges still persist. Though conscious bias and racism are very much the exception, unconscious bias is more persistent and harder to diagnose. Often, it becomes most apparent in a recruitment context.

A study by academics at Yale University, for example, found that despite being trained to be objective, male and female scientists were still more likely to hire men, consider them more competent than women, and pay them more each year than their female counterparts.

Though we may not like to admit it, most of us are guilty of unconscious bias in some form or another. Dubbed the ‘Halo Effect’, our first impressions of somebody often lead us to form an opinion of whether that individual will be good or bad at their job, even though we don’t have sufficient evidence to make an informed decision.

Similarly, the ‘Horn Effect’ describes a scenario where undue weight is given to a single trait, such as whether somebody is loud or shy, which can lead us to determine that such an individual will be bad at their job, often discounting a greater bulk of contrary evidence in other areas.

But perhaps one of the most pervasive unconscious biases is our tendency to favour those who are most similar to us. We often prefer those we can relate to and understand most easily. Those who share common mannerisms, who speak in a similar way, who share a common background and interest, who think like us and who analyse problems in a similar way. This trait is hard-wired into us - a product of our evolution. Our often-inherent fear of the unknown in many instances leads us to opt for something we know and understand, even if, in some instances, we deem it to be unsatisfactory. Past research has highlighted our "in-group" mentality and how we prefer "lovable fools over competent jerks".

This scenario creates two key challenges. From an individual and societal perspective, it heightens barriers to social mobility and means class structures become more entrenched. From an organisational perspective it hampers performance.

Separate studies by McKinsey & Company (2015) and the Peterson Institute for International Economics Research (2016) have both found that a diverse workplace is more effective with diverse organisations outperforming their competitors. The latter study showed that gender diversity in management positions actually increases profitability by as much as 21 per cent. It also found that more culturally and ethnically diverse executive teams were 33 per cent more likely to see better-than-average profits. The positive correlation between diversity and profits were also demonstrated at board level.

But diversity is more than simply about gender or race. Diversity in terms of cognition and the way we think is also vital - indeed the critical measure of diversity from an organisational perspective. A wide range of backgrounds and experiences will bring new ideas and new insights into your decision-making process.

A separate McKinsey study published earlier this year, titled ‘Diversity Wins’, identified the importance of cognitive and experiential diversity to an organisation’s performance. It found that companies with greater cognitive diversity outperform “laggards” by more than a third (36 per cent).

The challenge for organisations then becomes how to improve the diversity of their teams and workforce. Overcoming some forms of unconscious bias are easier than others. For instance, rapport-building questions at the start of an interview often leads to halo bias and personal similarity bias.

Overcoming cognitive bias can be achieved through behavioural traits measurement and cognition testing - but only if they are easy to understand and dynamically visible in the context of a team - team complementarity drives performance.

At ViewsHub, for example, we specialise in helping organisations large and small enhance cooperation among teams and their clients to drive overall performance. One way we do this is by enabling individuals to understand their own behavioural traits by starting with their own self-assessment along 23 key traits, their "behavioural genome", and then crowdsourcing how they are assessed on the same traits by anyone else they’ve worked with.  This creates a crowd-sourced map of the individual’s behavioural traits in areas, such as creativity, curiosity, drive, resilience, risk appetite, and ambition.

By plotting your own traits on a map alongside those of your team members, you can get an instant awareness of where there are clusters of cognitive traits (increasing the risk of groupthink), and where there are gaps (highlighting the need to hire team members with these traits). Areas of clusters or gaps are going to be more or less important depending upon the purpose of the team, and once recognised and visible to all, it can, in turn, be used to inform future hiring strategies.

Ultimately, if you want to ensure that you are not just appointing the same kind of people, that your organisation is truly invested in diversity and its long-term performance, then it is important you employ strategies at the recruitment level that help widen the pool.