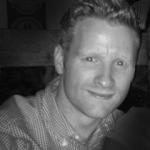 'Winter blues', or seasonal affective disorder, causes one in five (20 per cent) Brits to call in sick at this time of year, according to research commissioned by electronics company Epson.

A survey of over 1,000 workers conducted by Opinium found that 9.6 million working days are lost every year because of this condition.

People who call in sick because of winter blues take off four days a year on average, the study found.

Six out of ten (60 per cent) office workers said they find it harder to get out of bed on cold, dark winter mornings, while 59 per cent said they felt less motivated at this time of year.

Depression (58 per cent) and vulnerability to illness (52 per cent) were also cited as common problems.

Almost half (48 per cent) of the employees participating in the survey said they rarely or never see sunlight during their journeys to work in the winter period.

When asked about measures that would improve the mood in their office, a third (33 per cent) of respondents said better lighting would help, while 27 per cent said they would appreciate a more colourful workspace.

Epson UK director Neil Colquhoun said: "From a business perspective, the opportunity of 2014 is there for the taking.

"Companies have to remain competitive and start the year on a high - losing valuable manpower because of winter weather is not an option. Workers are calling out for simple steps, such as bringing more light and colour into the workplace."

The research also included a contribution from 'colour psychologist' Angela Wright, who pointed out that grey is a common shade for office design, but is also linked to the human instinct to sleep.

She said workers can improve their mood by taking regular outdoor exercise, and encouraged companies to revitalise their workplace with pieces of art, plants and greenery.