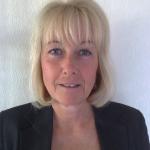 When applying a genuine occupational requirement in a job advert employers must be wary to ensure there is clear justification for its inclusion otherwise they could be liable for a discrimination claim.

Genuine occupational qualifications (GOQ) were first introduced in the [***] Discrimination Act 1975 which included a list of when they could be applied. They existed when there was a requirement for a particular job to have a person of a certain gender that would allow the employer to choose one applicant over another.

The Equality Act 2010 introduced a single ‘occupational requirement’ (GOR), which applies to all of the protected characteristics. Under this an employer must simply show that the requirement to discriminate is a ‘proportionate means of achieving a legitimate aim’.   The list of genuine occupational qualifications outlined in previous legislation was done away with.

Now if a discrimination claim is brought, the burden of proof is on the employer to prove that a GOR is justified.   There are some areas of work where discrimination in favour of a particular protected characteristic is permitted on the recruitment, transfer, training, dismissal or promotion of certain roles, with different tests applying, depending on the strand of discrimination law.

An employer must decide whether a GOR may apply before advertising the job.  In very limited circumstances if an employer can shoe that someone with a protected characteristic (on grounds of age, gender, disability, gender reassignment, marriage and civil partnership, race, religion/belief, [***] ur sexual orientation) is central to a particular job then an employer can insist that only someone with that protected characteristic is suitable for the job.  All roles in an organisation must be considered separately.  If there is a GOR relating to one role, it will not necessarily apply to all roles within the organisation.  GORs should be reviewed each time the job becomes vacant, as circumstances may change. If only a few tasks require that the employee have a particular characteristic, an employer should consider whether duties could be reallocated so to other employees who do meet the requirement.

There is no definitive list so if unsure employers should take legal advice.  Examples of GORs are a black actor required for the play Othello, the justification for this would be authenticity purposes. A female worker for a domestic violence unit; the justification being the women are seeking refuge from men.   A same [***] lavatory attendant; justification being privacy and decency.  An organisation for deaf people might legitimately employ a deaf person who uses British Sign Language to work as a counsellor to other people whose preferred language is BSL.

Sandra is and independent HR with twenty years experience in HR management.  Sandra provides HR, employment law and auto enrolment support to small businesses across the UK and is passionate about delivering a high quality service on the phone, by email and on site.