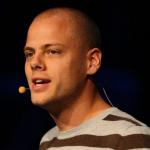 Why you should (not) adopt agile management method Holacracy

The number of organisations showing interest in Holacracy is growing rapidly. Thanks to inspiring cases like the implementation at Zappos in the US, more and more people all over the world get word of it. For those who haven’t heard: Holacracy is a new and agile method for structuring and organising a company. It replaces the top-down predict-and-control paradigm with a new way of achieving control by distributing power. And does it work? Yes, it does. But, as founder of Springest, where we officially adopted Holacracy a year and a half ago, I can tell you it’s challenging too...

Holacracy offers social technology for lean, agile and purposeful organisation. This may sound complicated, but I will explain. With Holacracy authority is distributed into an organic structure of ‘circles’ and ‘roles’. All tensions and issues serve as fuel for continuously improving the organisation. This way you can ensure your (startup) organisation to keep growing at a fast pace even when your team expands rapidly, without having to impose several top-down management layers. Getting Things Done, but then for your organisation! At least, that was what I expected for my company. Here are some of the things we learned about the method at Springest so far:

Holacracy doesn’t tell you how to run your organisation

You might think that Holacracy tells you how to run your organisation, but it doesn’t. Sorry for all those startup founders out there that hoped for a shortcut without reading a ton of management books… ;) Most of what’s in the constitution, which you formally sign as “power holder” when adopting it, is about how to decide how to run your organisation. There are a lot of rules, but with those rules, you evolve your own governance. Our advice here: embrace the uncertainty and try your best to use the process itself to create clarity.

Holacracy tells you exactly how to run your organisation

There are also ways in which Holacracy does clearly tell you how to run your organisation. For the system to work, you must adhere to the code of conduct. For instance: you can not tell other people what to do, or how their job should be done. You can not “re-organise” an entire department at once, or even set sales targets for the next month - unless the latter is an accountability of your own role. You can achieve the same goals with different tools but you’ll have to learn which one to use at which time. Our advice here: learn the rules! You have to understand the rules, or you can’t play the game.

Holacracy makes you get rid of managers?!

As Zappos clearly communicated they were going to get rid of all their managers, most people associate Holacracy with a system that makes you lose all hierarchy. This is not completely true. In Holacracy, roles have accountabilities and people have roles. The people with these roles are therefore accountable for what they do themselves. In a sense they are all managers of their own roles, and work alongside - not ‘above’ or ‘beneath’ - each other in circles. But there are for instance ‘Lead Link’ roles, that include the accountability to distribute the roles over people, to prioritize projects and align efforts of the team. The difference is: this needs to be done by following the rules of the game and it can not be done by telling other people what they have to do or how they should do it.

The problem you might encounter here, is that if you want Holacracy to work, you have to unlearn a lot of habits that are connected with the old way of doing things or traditional HRM (like managers telling others what to do, and - in micromanagement cases - how to do it). So if a Lead Link asks another role in their circle “could you take on this project?”, the person asked might take this is an order. This goes the other way round as well: if you feel really responsible for something in one of your roles you have to resist the temptation to take the lead by ordering other people around.

So how do you overcome these problems? Well, Holacracy requires a lot of learning and peer-feedback. Respect the time needed for this learning process and ask each other for feedback. Exchanging experiences with other Holacracy adopters can help too. And most of all: keep the rules and the goal of the game in mind. The goal is to speed up evolution so you can run your organisation effectively. And for us at Springest we can already tell it has quickened the onboarding process and it has made our organisation highly transparent and agile.

Ruben Timmerman is an enthusiastic internet entrepreneur and the founder of Springest, a comparison website for training programmes and courses. Springest was found in the Netherlands and...