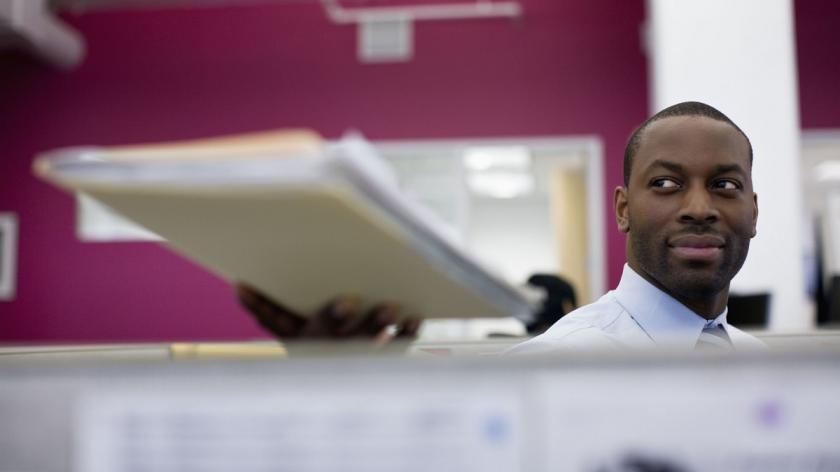 It's time we had policies for the 'social era'

When was the last time you felt good about an HR Policy?

Social media circa 2004 was largely a mystery. Forward to 2007/08 and suddenly IT teams were being asked to block access to YouTube, Facebook and Twitter.  EXCEPT for press teams and PR/Marketing types. The advent of the iPhone changed all that and people at work didn’t need the technology that work was providing anymore to get on to the internet and social networking sites, they could use their smart phone.

So instead of simply banning access to this time-wasting technology, policies were crafted informing staff that employer-related posts were not to be entertained and that there was effectively a ban on sharing work-related information on their own personal social networking sites and platforms. We had some high profile dismissals, cases of inappropriate and harassing behaviour and the likes.  Paris Brown of the Kent Police Commissioners fame being one such case.

Policies were seen as the catch-all for organisations to be able to dismiss, litigate or whatever against people who posted inappropriately.

It was almost seen to be cutting edge to have a social media policy.  Especially when added to with a Bring Your Own Device policy.

What was missing here was something pretty fundamental in a modern world: responsible adult behaviour and the compliant majority. A social media policy was built for a catching a potential not silent micro-minority.

This also fails to recognise that people may even post positive things about the place they work so their friends could see they had a good boss, a terrific HR team and had a very decent experience at work. See the recent story about tube rage which then resulted in the rager turning up for an interview with the person he was so rude to. That went MASSIVELY viral. That could equally happen to something positive and different about a workplace that does great things.

It is therefore my assertion that where people are overly concerned about a social media policy is because there’s something not quite right about the culture and that’s got nothing to do with social media in itself. So banning the channel only masks the fractured culture.

Whether there’s blemishes in the company culture or not, my thinking here is, that in drafting a policy around use of social media let’s see something different.  In fact in all policies but particularly around social media.

For example: “If you love our brand, we’d love you to share that with your followers and friends on social networks.  Only if you genuinely feel the pride, excitement and appreciation will it be sincere so please be wise about the facts, timing and impact you’d like to have by showing you and us in a positive light.

If you and your colleagues have achieved something marvellous, why not share that with your followers and the world?  It’s not about public accolades or medals.  It is about showing people who have helped you succeed know you care about their part in that and the world should hear about how good they all are.

We believe we’ll save money on expensive hiring processes if people are good advocates for us and help us attract the right kinds of people to apply for our jobs.  We’d love you to help us do that with posts about what it’s like to work here, how things are done and the benefits you get from your job with us.

If you don’t really feel like you want to celebrate your working with us, we’d understand if you’d rather keep it to personal conversations and not post online.”

And then simply say...

“If you’re angry about the way you’re treated at work, it is better dealt with via an internal-only conversation. There’s not much to gain for you or the company by going public with a rant. Only if we can’t reach some form of understanding will you find yourself frustrated enough to use social networks to share your issue.  Even then though, we’d rather you didn’t.”

I reckon the same could apply to a lot more HR policies. They should be written in “towards” and positive language to encourage productive behaviours.  They should contain a small but powerful warning: if you want to be destructive and break our beliefs system then you do it and we will not allow you to get away with malevolent acts without recourse. YET we recognise the majority of people won’t do this.

I’m reminded of FAVI - the engineering company featured in Frederic Laloux’s  Reinventing Organisations book. There was a story of the store room being locked and a form filling process and delay in getting access to tools and materials.  So the CEO took the approach to leave it unlocked and the form filling was only to make sure stock was replenished.  People helped themselves. Then someone stole a drill. Instead of reverting to bureaucracy controls, the CEO simply put a flipchart easel by the door to the stores and a note that said

“By stealing you’re letting us all down but we won’t change the trust we have in everyone else.  If you needed a drill, you could just ask and we’d lend you the drill.”

The drill was returned soon and no more thefts recorded.

So I think it should be with social media and posts. Not a preventative, child-locked, mistrusting frame to be enforced at the first opportunity.

How about a policy that guides positive, useful and impactful actions?  That might just work. HR that surprises people not frustrates them.

Broadly I am in complete agreement. Where I work, our social media policy has seven bullet points. It can be done. One of the barriers however that stands in the way is the employment tribunal. Unfortunately, right now, if you don't have a policy that sets out what is and is not acceptable around social media use, you will stand a very real chance of loosing any associated ET claim. This is what causes fear in HR folks, and leads to the unhelpful, overly prescriptive approach. It is however possible to create balance between encouraging use, setting guiding principles, meeting your legal requirements and not being the HR policy police.

Thanks (0)
Replying to Gemma Reucroft:

Totally get that and thanks for adding even more practical thoughts here to help people get this right. People can go off-rails even with the most trusting and adult philosophies.
My view is that you can crowd-source and co-create some "not acceptable" stuff and have people build it with employers/HR. I get that implied stuff is difficult to prove in the case of breaches however if people have created something, it's then down to being accessible, well known and understood and people will be unable to play the "I didn't know" or "it was felt not appropriate to my role/circumstance" card.

Then we're all safe. There's always Glassdoor anonymity for those who don't want to abide by even the most adult approaches in this area.

Thank goodness! At long last someone who writes sense by saying that all Social Media policies (and guidelines) should be positive. I have seen far too many for my liking that consist of a list where all the items start with "Don't ...". I've just produced a set of guidelines, supported by an overall policy, for my local Parish Council, in which everything stated was positive. As a result all the other councillors and the clerk readily signed-up to it.