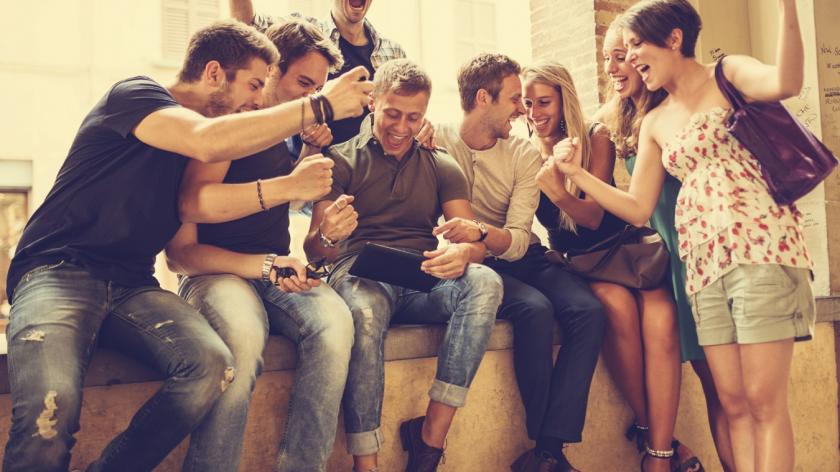 Is a socialised environment really right for work?

I talk about the socialisation of work A LOT. It’s part of the core tenets of what I think the future of work will be. Why?  Well I think for too long things have been “learned” out of human and into more humachine-like processing. I’ve even heard of offices being constructed as “white collar factories”. Awful.

We are seeing the solo-fication of work as a major cause of unhappiness, stress and anxiety. We are seeing psychologists, neuroscience researchers and sociologists tell us that we’re social by nature so work should be too. We’re seeing companies who are no longer celebrating “overwork” still be efficient because they’ve loosened the mechanical yokes from their people and let them breathe and roam, talk and energise, collaborate and innovate.

Our overwhelming inboxes are less our “to do” lists and more our cortisol-releasing burdens of shame.

Now there’s not enough alternative evidence YET to prove “social” - as a way to frame all your working methods - works quickly over conventional everywhere, but increasingly we’re seeing case studies of more empowered, self-organising teams doing great things. Take Buurtzorg in the Netherlands as an oft-quoted example of self-organised excellence in home-based nursing and care. No managers and a tiny corporate HQ to service a team of 12 nurses who coach, organise and deliver collaboratively to enable patients, their families and neighbours.

Or Mondragon - the Spanish multi-dimensional co-operative (construction; consultancy and more) which is built on transparency, on employee ownership and on committees to make key decisions and keep the collection of companies driving forward as the 10th highest grossing company in Spain. No venture capital, anonymous shareholders or Government ownership.

These are arguably two exceptional models from not only the capital and sustainable growth/performance elements which excite McKinsey researchers and Harvard Business Review alike, but also they are human and humane. And socialised. What helps them do what they do is the social bond people have to each other and in the way they work.

“It’s like John Lewis,” some might say. But being a profit-sharing shareholder-employee is not the same as working in a socialised construct.

Socialised organisations are connected but not necessarily in service of a hierarchical model. They are not just flat or chaotic either. There are leading figures and people who help engender direction, can make decisions and can inspire people to succeed. Socialised is more how things feel as well as how things are done and where the culture really is king.

I’m rather bold in my predictions of a more socialised approach to work but the science is getting there about us and there are enough alternatives to work towards, so that the old commanding hierarchical model is starting to stutter and in many respects fail completely. What often keeps a hierarchy or older style of managing together is the people who hold the power in that model having a fear of letting go and it all descending into chaos.

Many people are already predicting that Zappos.com’s latest foray into the world of Holacracy will result in a flop. Yet we really don’t know this to be the case. We may sense it’s an “alternative too far” but in 2015 the model we’re using was born over 100 years ago and we can only assume would continue to serve us well as we continue to develop as a species and as technology continually exerts disruptive pressure on everything we do and know.

All these disrupting forces are the biggest we’ve experienced in the workplace since computerisation of manual records got better and is potentially as grand as the industrial revolution and Taylorism.

So will the socialisation work against this massive backdrop of disruption?

Put it another way - how on earth can the existing model be swift, adaptive and creative enough in this upstart world we’re heading towards..?

My view is it has to become more fluid. Which means the more fluid approaches call for fewer templates and more conversational, agile approaches.

Agile is an easy word to say and a misunderstood and oft-quoted word. Socialisation is perhap a slightly uglier word to describe the same thing. Yet we are seeing a growing movement of people and research that says agile ways of working are a must for all manner of reasons.

Rising estate costs, ability to serve customers on a broader scale, and make use of more working patterns and skills in demand through alternative working models. There’s a lot of commentary about the sharing economy and the beginning of the end of the old capitalist way of being. We’ll see but Peers Inc is not just an ideology anymore (and is the title of Robin Chase’s intriguing new book) it’s becoming a reality for many.

Give up the Magic Circle law firm job and open a Quinoa shop in Notting Hill? It’s happening.

Quit the hedge fund management role and start odd-jobbing? Some are.

Socialised elements aren’t only how we work it’s a frame for the work we do - social, communal, artisan-like. It’s like the re-establishment of cottage industries. Go check out Etsy.com.

If you’re a conventional organisation with socialised curiosity, how do you begin to work more socially? Is it just connect Yammer and off you go?  Not that simple but hardly the stuff of complex equations.

My tips here are simple.

And you explore, and communicate and iterate and refine and make it human, conversational and purposeful.

Many socialisation of work experiments have failed not because they’re not better but because we’re conditioned to work in the controlled, lower-level of responsibility, compliance-led manner. It’s akin to organ-donation rejection. Find the right match and we’ll adapt and take on the new ways.

We don’t need a massive training programme either but we need a viral approach so it “infects” people in the most positive way possible.

The biggest source of inspiration for anyone wanting to socialise is the amazing organisation WorldBlu.com. I’ll say no more other than “Freedom at Work” is the mantra.

Evidence, models, learning programmes and case studies aplenty there. Please look them up. They give hope where others deny or believe there is no alternative. WorldBlu-accredited organisations outperform their non-freedom centred counterparts. And provide more solace and soulful places to work through open-book management, democratic levels of involvement and self-managed harmony and creativity. WD-40; Da Vita, Menlo Innovations, Ubiquity, Votenet, and more.

So a more responsive, adaptable and creative way of working. Where efficiencies are gained by non-standard application by people and supported by standardised processing being automated through (largely) digital technology of some sort.

Socialisation is the coming together of responsible, energetic people who have been left with the the more complicated and non-predictable work which taxes their brains and collaborative spirit, with intelligently-deployed machines doing the high-volume predictable churning.

Quantum computing is already a thing.

Socially enabled robots? Maybe but for now, social is a very human, organic thing that will potentially be the saviour and driver of good work. Better work.

Working as a socialised force for good.