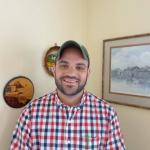 If you gave Yahoo CEO Marissa Mayer truth serum and asked her about her hiring practices, she’d probably say she’s trying to put Yahoo on par with her former company, Google.

If you gave Yahoo employees truth serum and asked them about Mayer’s hiring practices and HR policies, they’d probably have a few – or perhaps more than a few – complaints.

The truth, as always, lies somewhere in the middle.

On July 16, 2012, Mayer was appointed CEO of Yahoo. Since, she has made several changes to the company’s hiring and HR policies, many of which have been controversial, both internally and externally.

Her most-publicized and controversial change was a ban on telecommuting, as many industry insiders claimed that Yahoo employees were abusing the perk. But she also instituted a more rigorous hiring practice that involves her signing off on every hire, gave employees free food and also established an employee-evaluation system that has led to hundreds of employees being fired.

One of the first actions Mayer took when she was hired at Yahoo was naming herself “recruiter-in-chief” and made retooling Yahoo’s 12,100 employee-workforce a top priority, according to workforce.com. That included a controversial new hiring process where she signs off on every single hire, an idea she lifted from her former employer, Google.

The hiring practice at Yahoo requires at least four Yahoo employees interviewing each candidate, who each fill out a form, with HR compiling into one master form, according to Business Insider.Once the group has a recommendation, Mayer herself has to sign off on the hire, according to BI.

That move has proven controversial, as Reuters reports that it can take Mayer up to eight weeks to approve a hire. More damningly, Reuters reports that some Yahoo employees alleged Mayer was denying candidates who didn’t have degrees from prestigious universities, a charge Mayer categorically denied.

Along with a new hiring practice, Mayer banned telecommuting for all of her employees in 2013, after the benefit was allegedly being abused by Yahoo employees. The move was met with controversy, with women rights’ activist calling it “disappointing”.

Mayer also instituted a new employee evaluation system that led to more than 600 Yahoo employees being fired in the latter half of 2013 alone, according to allthingsd.com. The website reports that many employees agreed that Yahoo needed to “prune” its workforce, but did not like the way it was handled.

Mayer instituted some more popular programs as well, including extending the maternity time female employees get and giving all employees access to free food and a free smartphone, according to several news reports. According to Business Insider, Mayer also sent an early Saturday morning email to all employees at the beginning of her tenure saying she wants to make Yahoo the “absolute best place to work.”

Mayer inherited a company in 2012 that, while successful, was lagging behind some of the other tech giants, particularly her old company, Google. There were also wide reports at the time that the company culture at Yahoo was lax and people were taking advantage of certain benefits.

Her new way is more of a top-down approach. Her hiring process, particularly, raises questions, as it essentially makes her the final decision-maker on all hires.

That can lead to biases – or at least the perception of biases – as opposed to a more data-driven approach. It can also lead to an overly-cumbersome hiring practice where strong candidates are getting hired elsewhere before they get an offer from Yahoo.

VoiceGlance is a cloud-based hiring tool used by forward-thinking companies to hire smarter, instead of harder. Learn more here.