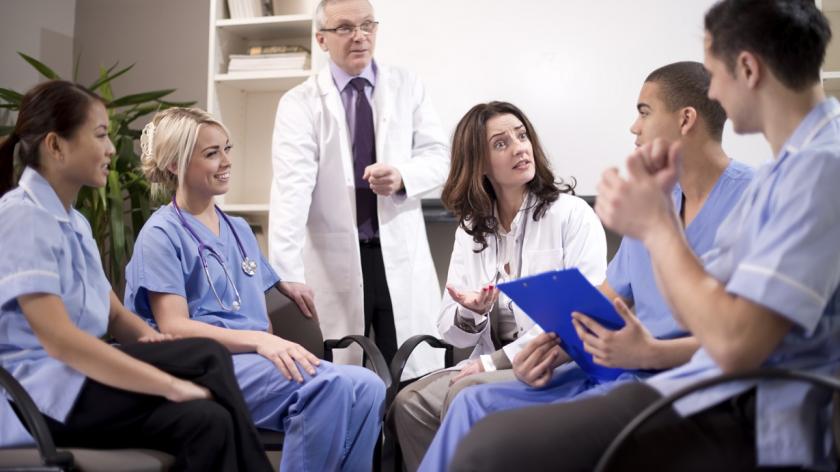 Declaration of Interest:  I am part of a training and consulting business; the idea for this blog came from an enquiry through an intermediary which we lost for being too expensive (note to self: you’re going to be on thin ice here…).

Difficult though it may be for those around me to believe it (no 6-pack or beach volleyball prowess), I was once a fighter pilot, and the evidence would appear to indicate a vaguely competent one.  I amassed around 3000 flight hours including 250 displays on the Red Arrows without any major disasters.  I was taught to fly by other pilots who had previously flown on the front-line; collectively, over many years this generic group of practitioners had designed a training syllabus informed by what was required on the front-line, based on hard-won personal experience.

One of my best friends is a doctor. His training was a mixture of academic study, clinical observation and on-the-job training.  A significant part of his training was carried out by other doctors further ahead than him in the ‘pipeline’. Outside of the classroom or the laboratory, the training doctors were not necessarily selected for any training skill, however they were all recent or active practitioners.

When I was at business school, I learnt a lot of useful functional skills taught by best-in-class functional experts. Not one had run a business though. It’s a very strange thing coming from a military background, but when I look at the wider universe of those delivering training, particularly in areas like executive development, how few operators there are around. Often, the mention of ‘training’ generates much rolling of the eyes and general disengagement. It’s not really that much of a surprise when the consultant has learnt the subject by observation and study alone. Leadership is a practice, not a theory.

We were recently approached by a large bank about a senior-level programme on ‘executing strategy’. The programme was for front-office operational managers and was sourced by the training department through their preferred supplier – an external training portal organisation. Now we have served as military officers and have had plenty of time to reflect on and deconstruct our experience of ‘execution’ (definitely no pun intended!).

Leadership is a practice, not a theory.

We also have a partner with extensive high-level consulting experience. We thought we had an unusually well-informed insight on the critical success factors when it comes to executing strategy. Unfortunately, the critical success factor appeared to be solely price in order to protect the margins of the middle man. We were told we would get the job if we slashed our price. We declined.

Now failing to close a deal is an occupational hazard, and we generally seem to do ok. What this forced me to reflect on more was the disconnect which we regularly observe between operators’ development needs and the sourcing of the solution. The latter issue is often given to people who do not have the time, or maybe experience, to deeply understanding the need, and whose own performance is as likely to be measured in compliance or budget as outcomes. They get the provider they want, not necessarily the one the operator needs.

I am not actually suggesting that every consultant or training facilitator needs to have been as good an operator as those they train, or even an expert in that specific field. There is also undoubtedly a place for the academic or theoretical input.  But those in development support of the front-line do need to deeply understand the operational perspective and pressures.  The primacy of cost or compliance over long-term value in sourcing development might work as a filter, but unless the process and decision is ultimately owned by operators, and there is a genuine attempt to measure value as well as cost, then you get what you pay for.

If the bottom fell out of the aviation market and lots of unemployed pilots were looking for work and were very cheaply available, would you want them training your doctor in medicine?

It’s a simple question, but think carefully about the answer. That’s why pilots don’t teach medicine to doctors.

Now think about how organisations procure learning and development...