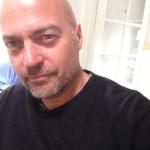 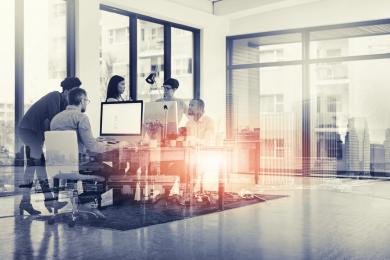 Collaboration is not "soft"

I am occasionally left a little baffled by some of the stuff I read about digital social tools. In a lot of what I read and hear, there is no lack of intelligent analysis about social tools and their potential usefulness, however I do think that there is a huge dimension that is just absent.  That is the "social" bit.  I know, I know.... I only bring my understanding of what it means for human beings to be social from my own trajectory in life.

Sadly (or maybe not) in an increasingly technological world, that trajectory has not had a huge technological dimension to it.  I happily use digital social tools regularly and have learnt how they can assist me to connect and collaborate with others.  I also sometimes struggle with having to learn how to interface with the machine, often frustrated at why it doesn't interface with me, but that's another conversation.

In other words, as far as I'm concerned, the "state of social" in 2015 is as follows.  We are still going about our lives, interacting with one another on a variety of levels, from the purely transactional to the deep and profound.  A lot of our social interaction is coloured by a materialistic worldview which allows us to reduce each other to a few behaviours when empathy feels too hard.  We form friendships and joyful working partnerships when we actually make the effort and invest ourselves in them.

We get stuff done, sometimes quicker because we have a digital something-or-other that saves time and labour, sometimes not quicker despite these labour-saving devices.  We are afforded the ability to collaborate and interact and co-create with each other across time zones (while at the same time, forces of destruction are also able to do likewise).  We are friendly and convivial and helpful with each other and we are also insulting, offensive and threatening to those we can't understand or agree with.  We encounter each other with the same asymmetric insight that everyone else labours under.

I'm not saying that nothing has changed as a result of the internet and digital social tools, far from it.  The thing I keep coming back to though is that all the Slack, Yammer, Facebook Messenger and Whatsapp will not make us more collaborative if we are still being jerks to each other.  And arguing about which one is the best tool to increase collaboration is often a red herring, too.  Basically, I'm not entirely sure if digital social tools have augmented human collaboration, as my "state of social" is that we are no more and no less collaborative despite their existence.  I could be wrong, of course.

I'm reminded of an article about sustainable development I recently came across in which the author quotes biologist E.O. Wilson as saying "we have stumbled into the 21st century with stone-age emotions, medieval institutions, and near godlike technologies. In short, we are not yet ready for the world we have made."   This is the main thrust of the article, as far as I'm concerned.  We have got these amazing technologies and digital tools and we haven't developed ourselves enough to maximise their potential.  We are sometimes collaborative and we are sometimes still being jerks to each other.  In other words, we are still limited by our actual social capabilities.

There is plenty out there that says we need to develop our intra-personal and inter-personal capabilities, but we seem to be dragging our feet in actually doing this on any significant scale.  We keep investing our efforts in coming up with version 3.0 of all this wonderful tech, but we are largely missing out the "social" bit of social tools.

It's the slow development in human social skills that inhibits collaboration.  It's improved ability to empathise, care for each other, see ourselves as fundamentally connected to everyone else and give up our needs to compete with each other that, to my mind, increases collaboration.  This goes for the digital world as well as the online world.  I know it's been said before but digital social tools are no panacea for human flaws, messiness and plain grumpiness.

Real, genuine collaboration comes, in my experience, when we are vulnerable with each other and prepared to work out loud together, when we find our common purpose and work towards that, when we are patient and open with each other in our differences and see these as intrinsic to creativity and innovation.  Most significant for me is that we approach each other knowing that what we do together far outstrips what either of us individually could create, and that we might, therefore, drop the competitiveness.

I will illustrate with an example.  Collaboration, co-labouring, most often brings about something betters than an atomistic approach would bring.  When I first started out growing Quantum Shift with my co-founder, we worked almost exclusively together.  Every client met, every proposal written, every workshop session planned, every client conversation had, were done with the two of us present.  Literally, the two of us working on it together.   In writing a proposal, we would sit with a document open and have a conversation about the content.  One of us would suggest a line, which would often spark an interesting thought in the other and a brief conversation would ensue in which we refined and retuned our message, sometimes line by line, until we had something which neither of us individually could have formulated and which both of us thought far better than an individual effort.   Clunky though it may have felt at times in the beginning, we learnt and refined how to do it every time we did it.  Much like you have to learn how to ski by getting on a pair of skis or archery by picking up a bow, I believe the most effective way to learn collaboration is to practice collaboration.  We didn't understand collaboration as "you do this section and I'll do that section and then we'll piece them together".  That would have been an atomistic way of approaching it.   Even now, with each of us on opposite sides of the planet, we are using digital social tools to employ the same collaborative approach in the book we are co-writing.  Interestingly, having built up our collaborative muscles, we found that producing a piece of work together took much less time than it would have taken us working on it individually.  Two heads were and are, indeed, better than one, and on a number of levels. What "social tools" did we need in order to do this? They were the human ones I referred to earlier.  Empathy and listening, playing the "yes" game with each other and seeing what the other suggests as a diamond in the rough, being overt about our purpose and losing the need to be right or compete with each other.  None of this is rocket science.  However, humanity could not have developed a rocket science that took us to the moon and back without having learnt to collaborate.  There are, indeed, many other stories of successful human endeavour that came about as a result of collaborative effort. So why so we balk at the idea that we might invest time and effort into delving into a sociometric look at how we organise our shared efforts?  Pioneered by J. L. Moreno in the early 20th century, sociometry is a way for groups to examine themselves and provides ways for groups to reflect on and refine their interpersonal relationships.   Noted Psychodramatist John Nolte has written that "the lack of attention to Moreno’s work lies in the fact that his methods and theories fall far outside the realm of orthodoxy, that his work is too far ahead of its time."  I tend to go along with this statement.  It's another example of our capabilities not keeping up with the world we have created.  In a world that is heavily influenced by what Moreno termed "the destructive effects of the three forms of materialism: technological, psychological, and sociological", I can see how something which doesn't provide quick answers to what we still prefer to see as simplistic problems would seem alien. Humans generate collaboration and cooperation. The telephone did not make us more collaborative, neither will digital social media.  There is nothing "soft" about learning to be more caring and role reversing with others.  There is nothing "soft" about learning how to listen to people deeply.  There is nothing "soft" about learning how to be vulnerable with each other.  There is nothing "soft" about letting go of competitiveness.   These are the things that will perhaps help us to grow 21st century workplaces and help us to keep up with the world we have, for better or worse, created.

I am Chief Sociatrist (and owner) at Quantum Shift Global Ltd., based in London.

I work with people and organisations large and small to assist them to think bigger about themselves, their business and their place in the world.  I apply Role...