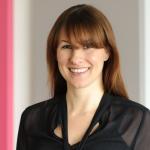 What’s in it for women?

2014 may be remembered for many reasons - the Scottish referendum, the Ebola crisis, Germany winning the World Cup (again), among them. For me however, it will remain as the year tech companies around the world addressed the diversity deficit in the industry.

Google was arguably the trendsetter, going public in May with the admission that only 17% of its global tech workforce is female and other large tech firms announced similar figures. It sparked the next wave of the debate - ‘how are they going to address this problem?’

The good news is that, to a certain extent, they already are. Although the gender imbalance is perhaps most pronounced in the tech sector, it’s being one of the most proactive and innovative in addressing the issue.

In October, this was highlighted by Facebook and Apple’s announcement that they are now offering egg-freezing as a benefit to US female employees to help them fulfill their career and parental ambitions. The controversial news sparked media debate. Whilst some felt it sent out a clear message that career success depends on working long hours and putting motherhood on hold, to me this seemed like an unfairly reductive argument.

When you strip it back what these companies are really offering is choice. They are being progressive, acknowledging that many of their female employees wish to have children later in life and enabling them to do so.

The truth is that many of the women working in tech are young. They don’t want to put their careers on hold to have children but neither do they have the funds to stop their biological clocks. There’s a strong argument that allowing women to freeze their eggs makes this choice accessible, providing further flexibility about how they want to play out their careers.

When you take a step back and look at the offer in the context of these companies’ wider benefits offering, these companies are incredibly supportive of parenting and offer a whole arsenal of benefits to support women if they choose to have children. Employees at Facebook for example, receive $4,000 in cash when they become parents (biologically or through adoption) and are offered four months paid parental leave.

The issue is that whilst these benefits may help attract women into tech, they do not present a clear, sustainable strategy to retain them. A one-off bonus is great but for woman already at a certain age and level within these organisations, long-term, structured support may well provide a more attractive security.

According to Thomsons Online Benefits’ recent Global Employee Benefits Watch 2014 research, organisations across other sectors are struggling to retain women as well. Findings indicate that at present only one fifth of organisations provide onsite lactation rooms, whilst just four percent have onsite childcare facilities and changing stations. It’s reasonable to propose that many mothers will feel more comfortable returning to work and giving their all if they know their child is being well cared for and within easy reach.

Flexible working is another accepted method of getting mothers back into the workplace, and yet Thomsons research indicates that less than half of tech companies are offering this. This is surprising given technology itself is a massive enabler of anytime-anywhere working.

On a related note, there’s a strong social and cultural argument for increasing the number of women in tech but perhaps most importantly for the companies involved, there’s also an economic one. It’s not just technology companies competing for tech talent. Financial services firms, engineering practices and retail businesses are equally in need of this skillset, which is already in short supply.

To maximise their talent pool and retain skilled individuals, tech companies have to differentiate themselves as employers of choice for women. Delivering an innovative and realistic benefits offering, that indicates their support for working mothers, provides a real opportunity to do this.

Savvy organisations need to think about how benefits meet the employee journey of women. This could include ante and post-natal classes, guaranteed holiday during school breaks, even financial advice covering school fees and university funds. It may seem like a big investment but if tech firms really want to address the diversity deficit and secure their talent pipeline, these are the steps they need to start making in 2015.