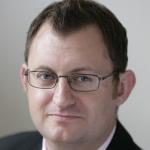 What can managers learn from football?

"Football is a simple game based on the giving and taking of passes, of controlling the ball and of making yourself available to receive a pass. It is terribly simple.".

Managers can learn a lot from football and in particular the football manager.

Whilst football itself is actually quite simple, a manager’s role (or coach for those outside the UK) is more complex and the similarities with team leaders and line managers within business are obvious.

Firstly, the manager or coach will be tasked with one of three goals (the aims and objectives if you will) for the season:

As you can see, these are very clear objectives – they are well communicated and something that everyone can understand and buy into – these objectives are given to the manager/ coach by either the club’s Chairman or Owner depending on the clubs situation.

Managers need to get the most from their team

Typically, managers will look to implement one of two strategies.  Some managers have a philosophy of how the game should be played, for example Pep Guardiola instigated a short, quick passing style at Barcelona, which no doubt he will instil at Bayern.  Also, take the case of Marcelo Bielsa, the Argentinean coach who has managed both Argentina and Chile and is currently at the helm of Atletico Bilabo – Bielsa has a philosophy of attack to ensure his teams are incredibly quick upfront. These managers/ coaches (regardless of the club they are at) will look to bring in players that they know will fit into this playing style and buy into their philosophy.

Where club’s resources are more limited, you find a different style of manager.  The manager who knows how to implement a style of football that works with the players at their disposal.  The likes of Dario Gradi, famous for working with and developing many players from Crewe, is a good example here.

Ensuring the team are supported, nurtured, trained, developed – nothing is left to chance (and learn from the best!)

A football manager or coach then has the responsibility of getting the best of their team.

Very little is left to chance in football.  At a really basic level, a good manager ensures he has the right team of coaches and physios around him – from dedicated goal keeping and attacking coaches through to nutritional and even sports’ psychology experts.  Getting the team in both physical and mental shape is key to the success.

Famously, Brazil are world leaders when it comes to match/ tournament preparation (http://www.bbc.co.uk/sport/0/football/20874300).  The work that goes on behind the scenes in getting players ready for key tournaments has been paramount to their success.  Neither Barcelona nor Inter Milan could get key players Rivaldo and Ronaldo fit – yet Brazil did and won the 2002 World Cup.

The team a manager assembles are there to ensure players have the best possible chance of performing at the top of their ability, week in and week out.

Don’t underestimate how powerful and successful a team can be

Managers also have other targets, we have already discussed the long-term targets but there are short-term goals too.  FA and League cup games are good examples, and it is here that players and team can display attributes that are seemingly beyond them.

Take this year’s FA Cup – it has provided a wealth of examples where managers have set-up their teams to enable them to beat opposition of a significantly higher quality.  Oldham ousted Liverpool, MK Dons beat QPR and Luton Town dumped Norwich City out of the Cup.  Man for man, Oldham, MK Dons and Luton are inferior (and by some margin) than their counter parts.  Yet, their team ethic, belief and confidence (inspired and instigated by the manager) meant they were able to go above and beyond – they thrived on adversity and exceeded all expectations.

The best example of this is – Wimbledon FC (http://en.wikipedia.org/wiki/Wimbledon_F.C.), non-league to FA Cup winners with resources that simply were not comparable to other teams.  They had a desire, philosophy and approach that all believed in – there was a very good reason they were called the ‘Crazy Gang’.

With the addition of resources and the right people – amazing things can happen.  Take the story of Gretna FC, a lowly football team taken to the top of Scottish football in an amazingly short period.

We are all unique! Managers need to ensure their team is integrated

In a world where borders are coming down and players move freely (well almost) around the world – football managers have to work to integrate players from all countries, cultures and backgrounds.

Managers must ensure their players feel part of the team – it doesn’t always work out as intended – they can offer everything from interpreters, dedicated club representatives to organise living accommodation, schooling for children etc. to signing another player from the same country to keep a player happy!

Add to that, the notable players who have minds, very much of their own, most recently a certain Mario Balotelli and historically players such as Romario and Maradona all ‘do/did their own thing’, in these situations managers have to make a choice – are their ‘stars’ worth keeping because what they deliver on the pitch outweighs any disruption they cause, or is the disruption too much to bear?  In the case of Balotelli – it would appear to be the later (http://www.telegraph.co.uk/sport/football/teams/manchester-city/9839171/...).

Football managers develop and engender trust and that trust emanates to the play on the pitch – where a full-back can get forward knowing that their team mates will provide cover if needed.  Managers have to build belief in a team so that players trust a manager’s tactical decisions at key times.

All managers need to be supported

It’s an incredibly uncertain (often short lived) role being a football manager – Sir Alex Ferguson, Arsene Wenger and David Moyes, within English football, are the exceptions among top-flight clubs, having been in their respective roles in excess of a combined total of 52 years.

It’s easy to find examples of where clubs have supported their managers and reaped the rewards.  As fantastic a manager of Manchester United as Sir Alex Ferguson has been, his first few years were not all that wonderful but the board stayed with their decision and have benefited substantially as a result.

Sir Bobby Robson (the second most successful English football manager of all time) faced a similar situation after joining Ipswich Town. Fans wanted him removed, but owners, (the Cobbold family) were having none of it. The small club from Suffolk went on to FA and European Cup success, plus were a major force in the then English First Division (now Premiership).

So to summarise organisations can learn from football:

- Managers need to get the most from their team

- Ensuring the team are supported, nurtured, trained, developed – nothing is left to chance (and learn from the best!)

- Don’t underestimate how powerful and successful a team can be

- We are all unique! Managers need to ensure their team is integrated

- All managers need to be supported

Gary Cattermole is a Director at The Survey Initiative, a dedicated employee research organisation devoted to helping its clients gain insight and understanding into what drives employee engagement in their business.  Gary has extensive expertise and experience in a range of employee research techniques from employees surveys and 360 degree feedback to workshop facilitation and action planning sessions, working with a diverse range of clients such as EPSON, Telegraph Media Group, Natural History Museum, AVEVA and Accor.  Visit http://www.surveyinitiative.co.uk for more information.