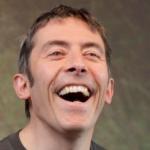 Come As You Are - The Importance of Preparation

Aside from being a top tune by Nirvana, Come As You Are for most people means no need to prepare, just turn up. This kind of spontaenous approach works well for parties, maybe less so at work.

A while back I was asked to deliver a three hour session on collaboration, and I agreed in principle. I followed up my agreement with a note:

Before I get stuck in and fully commit to this – can you confirm what my remuneration will be for the design and delivery of this piece of work please? I anticipate this taking two days overall – one to design, one to deliver.

We weren’t able to proceed because the budget on offer was half of our previously agreed one day rate, for what I thought was two days work. It wasn’t so much the fact that I felt the fee was too small, although it was, what surprised me more was the attitude towards preparation time. The company went on to explain:

The idea was for you to come along and provoke their thinking rather than teach or train them anything, as all the content will be covered off by A.N.Other during the main sessions. This session is an added bonus we have thrown in for the client so I’d like to think you could come along and “recycle” something you already have prepared. I appreciate this might not have been made clear to you, so would understand if you chose to decline the piece of work, but we would like you to do it…

I subsequently called to discuss things – just to make sure everyone was clear on how this was supposed to work, or rather, not work. During the conversation I looked for some clarification, asking, ‘Are you really OK with me turning up and working with your client having done no research and preparation?’ It turns out that yes, they were OK with it, at least to the extent that they saw no need to pay for my preparation time. ‘We thought you’d just rock up and give a talk’, was how it was positioned in a subsequent conversation.

We left it there and parted on good terms. No hard feelings but for me to accept this proposal would have been to seriously devalue my own worth and more importantly, that of the team I would have been let loose on.

Whether you’re employed or self employed, an integral part of work is the preparation that you invest beforehand. You wouldn’t expect a top flight sports person to turn up for a race, finish in last place and then say, ‘I did no training for this event whatsoever and yet somehow, I finished last. How did that happen?’ in the post race interview. Likewise when you’re working with colleagues you can usually tell if they’re prepared or not – and I may be wrong, but I expect you make judgements on their suitability for future work based partly on their preparedness or lack of it?

We spend time in preparation, in development, so that the delivery is as good as it can be. So why are people sometimes so reluctant to see past that burst of face to face time, and beyond to the hard graft that made the real work, work?

Everyone has a budget, everyone has to make a call on what good value looks like eventually, but I smiled when my friend Gary Franklin shared this on Facebook recently.

Nice article. Preparation is really important for the success of what you have planned. We should all be responsible and follow our time-frame to be successful in our field.

After a long time I read a different topic and subject line is unique. Being prepared for plans/tasks are n’t so bad but if the person is proficient with their skills then no need for preparation.

Preparing and understanding are essential for effective results. As per my experience preparation is the most important part of successfulness

Thank you for sharing your thoughts.

Hi Kristina - I think so, at least most of the time. Sometimes - when the circumstances allow, we can learn a lot from improvisation too though eh?

Hi there - I think what you are hinting at here is being able to improvise? In which case, that can sometimes be hugely beneficial.