Recognize This! – Cash is the currency of compensation, not motivation.

I’ve written often about why cash not a good method for motivating employees (including my post yesterday as well as these older ones on cash bonuses incenting employees to quit and even sue).

Edward Deci, a human motivation psychologist at University of Rochester, is one of the experts in the space who gives the evidenced-based reason for why. This recent article in CNBC includes several excellent points from Deci, which I’ve sorted.

1)      Employees feel like they’re being coerced or controlled, losing their self-motivation.

“Employees need autonomy and respect in order to feel motivated. When money is used as bait, it can undermine empowerment. In those situations, Deci says that employees feel controlled and lose their self-motivation. An office that demands grueling hours in exchange for quarterly bonuses might convince employees to do the work, but it will likely be lower quality.”

2)      Employees begin to expect the reward as an entitlement.

Says Deci: “Unless you’re extremely careful with how you use rewards, you get people who are just working for the money… We need to compensate people fairly, but when we try to use money to motivate them to do tasks, it can very likely backfire on us.”

3)      If cash is the goal, employees often focus on the end result and not the means to get there.

“‘If the activity is an instrument to the reward, then they’ll try to do it as easily as they can,’ Deci said. At the extreme, think of Enron employees inflating stock prices or Wall Street brokers selling bad mortgages.”

Cash compensates, it doesn’t motivate. Because cash is the currency of compensation, when you use cash for anything else (especially at lower value levels), people quickly come to think of it as part of compensation – not a true “bonus.” That’s why this final piece of advice from the article is critical to understand:

“As a leader, emphasize the broader goals, such as the company’s mission, and pay attention to how your employees reach their goals. Reward the people who embody your values most fully, and be clear that those are the behaviours you want to reinforce.”

Does your organisation use cash as a motivator? Do you see these three pitfalls? What others have I missed? 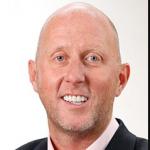 Derek is a seasoned, internationally minded management professional with over 20 years of experience working across a diverse range of industries. During his career he has lived in many countries including Spain, France, Ireland, Canada, Sweden, UK and the USA.

Derek also heads up the marketing, communications, product development and...

I think this is a really interesting subject. Obviously, in a sales role, financial reward is often understood to be a great motivator with commission structures providing varying levels of reward for making the sale.

While much research has been conducted around financial incentives and perhaps how little they work to motivate a team, I think it's difficult to single out this aspect. Clearly, without other motivating factors such as a supportive manager, feeling like what you do matters and being allowed to create your own role, money won't make someone stay in a job. However, sales commission is proven again and again to motivate sales people to make more sales and perform more effectively.

To know you've hit target and that there will be a fat commission check on it's way to you is one of the best feelings, but perhaps that's just sales people...