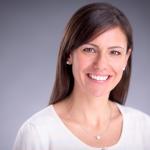 Obesity, Discrimination and the Workplace. By Chelsea Baines

As we closed the doors to 2014, the European Court of Justice ruled that the effects of obesity can now constitute a disability. Under such legislation, a person is deemed disabled if he or she has a physical or mental impairment which holds an adverse effect on their ability to carry out any duties or requirements. Since this announcement The European Court of Justice has officially set a minimum weight or Body Mass Index (BMI) before an individual can be considered as disabled. So, is the question we ask ourselves now…whatever next? With new legislation in order, comes a back log of unwanted accusations and complaints. A new legislation created to ease the lives of those suffering from the strains of obesity, is now a potential law suit to those who have employed them?

Niilo Jääskinen,influential Legal Advisor to the European Court of Justice stated ‘when obesity reaches the point where it plainly hinders participation in professional life, it may be treated as a disability’. Karston Kaltoft, (Danish child-minder Municipality of Billund, Denmark) once allegedly dismissed from his duties in light of his weight, claims his size never once prohibited him from caring for the children. Kaltoft argued that it was his physical appearance rather than his ability to do the job which was behind the decision to dismiss him. But if this amounts to direct discrimination, what about other kinds of ‘lookism’– such as those based on height or hair colour – which can also prove a factor in securing or retaining a job?

A shocking 64% of adults within the UK are classed as ‘overweight’ or ‘obese’. So, what role – if any at all, should the managers of today play in the management of weight in their workforce?

Obesity continues to be a major public health issue, almost a quarter of UK adults are affected. Findings show it is now vital for businesses to become proactive in the assistance of ensuring and encouraging good health among their workforce.

Employers have begun putting into play their actions to help combat this ever growing trend such as encouraging employees to take their full lunch hour and perhaps go for a walk or even participate in exercise sessions. A walk to the nearby coffee shop is simply not enough. Employees are becoming all too comfortable with eating their lunches at their desk. A vast amount of employees skip lunch breaks all together, something which does nothing to foster a healthy culture. Ensure the management team embraces a healthy lifestyle approach by promoting initiatives such as the ‘eat out, eat well’ scheme and or even take part in charity challenges such as Cancer Research’s Race for Life.

I’ve been working in recruitment for over fifteen years now – on both sides of the equator. I learnt my trade over in Australia, where I completed a degree majoring in HR and amassed six years’ experience before boarding the long-haul flight. In my time I’ve witnessed some amazing careers, and some equally impressive business growth as a...